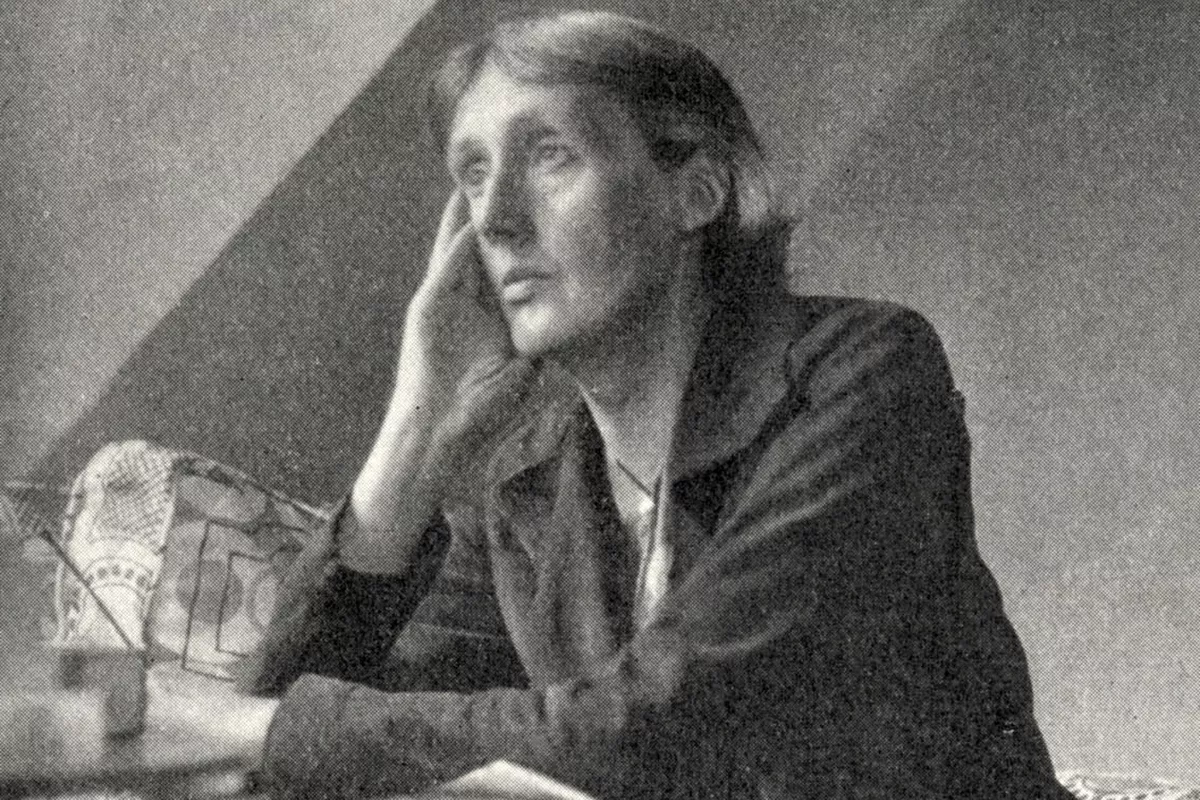 I was talking to a friend a few months ago about time, the freedom to think and create and invest in yourself, how not every hour of the day is equally conducive to mental effort, how costly interruptions are, how hard it is to be creative after working 8 hours per day on anything else, and they suggested I re-read Virginia Woolf’s A Room of One’s Own.

I don’t think I’ve read it since high school, so I revisited it over the weekend.

Society gives me chicken and coffee, bed and lodging, in return for a certain number of pieces of paper which were left me by an aunt, for no other reason than that I share her name.

My aunt, Mary Beton, I must tell you, died by a fall from her horse when she was riding out to take the air in Bombay. The news of my legacy reached me one night about the same time that the act was passed that gave votes to women. A solicitor’s letter fell into the post-box and when I opened it I found that she had left me five hundred pounds a year for ever. Of the two–the vote and the money–the money, I own, seemed infinitely the more important.

A very queer, composite being thus emerges. Imaginatively she is of the highest importance; practically she is completely insignificant. She pervades poetry from cover to cover; she is all but absent from history. She dominates the lives of kings and conquerors in fiction; in fact she was the slave of any boy whose parents forced a ring upon her finger. Some of the most inspired words, some of the most profound thoughts in literature fall from her lips; in real life she could hardly read, could scarcely spell, and was the property of her husband.

Be that as it may, I could not help thinking, as I looked at the works of Shakespeare on the shelf, that the bishop was right at least in this; it would have been impossible, completely and entirely, for any woman to have written the plays of Shakespeare in the age of Shakespeare. Let me imagine, since facts are so hard to come by, what would have happened had Shakespeare had a wonderfully gifted sister, called Judith, let us say. Shakespeare himself went, very probably,–his mother was an heiress–to the grammar school, where he may have learnt Latin–Ovid, Virgil and Horace–and the elements of grammar and logic. He was, it is well known, a wild boy who poached rabbits, perhaps shot a deer, and had, rather sooner than he should have done, to marry a woman in the neighbourhood, who bore him a child rather quicker than was right. That escapade sent him to seek his fortune in London. He had, it seemed, a taste for the theatre; he began by holding horses at the stage door. Very soon he got work in the theatre, became a successful actor, and lived at the hub of the universe, meeting everybody, knowing everybody, practising his art on the boards, exercising his wits in the streets, and even getting access to the palace of the queen. Meanwhile his extraordinarily gifted sister, let us suppose, remained at home. She was as adventurous, as imaginative, as agog to see the world as he was. But she was not sent to school. She had no chance of learning grammar and logic, let alone of reading Horace and Virgil. She picked up a book now and then, one of her brother’s perhaps, and read a few pages. But then her parents came in and told her to mend the stockings or mind the stew and not moon about with books and papers. They would have spoken sharply but kindly, for they were substantial people who knew the conditions of life for a woman and loved their daughter–indeed, more likely than not she was the apple of her father’s eye. Perhaps she scribbled some pages up in an apple loft on the sly but was careful to hide them or set fire to them. Soon, however, before she was out of her teens, she was to be betrothed to the son of a neighbouring wool-stapler. She cried out that marriage was hateful to her, and for that she was severely beaten by her father. Then he ceased to scold her. He begged her instead not to hurt him, not to shame him in this matter of her marriage. He would give her a chain of beads or a fine petticoat, he said; and there were tears in his eyes. How could she disobey him? How could she break his heart? The force of her own gift alone drove her to it. She made up a small parcel of her belongings, let herself down by a rope one summer’s night and took the road to London. She was not seventeen. The birds that sang in the hedge were not more musical than she was. She had the quickest fancy, a gift like her brother’s, for the tune of words. Like him, she had a taste for the theatre. She stood at the stage door; she wanted to act, she said. Men laughed in her face. The manager–a fat, looselipped man–guffawed. He bellowed something about poodles dancing and women acting–no woman, he said, could possibly be an actress. He hinted–you can imagine what. She could get no training in her craft. Could she even seek her dinner in a tavern or roam the streets at midnight? Yet her genius was for fiction and lusted to feed abundantly upon the lives of men and women and the study of their ways. At last–for she was very young, oddly like Shakespeare the poet in her face, with the same grey eyes and rounded brows–at last Nick Greene the actor-manager took pity on her; she found herself with child by that gentleman and so–who shall measure the heat and violence of the poet’s heart when caught and tangled in a woman’s body?–killed herself one winter’s night and lies buried at some cross-roads where the omnibuses now stop outside the Elephant and Castle.

And one gathers from this enormous modern literature of confession and self-analysis that to write a work of genius is almost always a feat of prodigious difficulty. Everything is against the likelihood that it will come from the writer’s mind whole and entire. Generally material circumstances are against it. Dogs will bark; people will interrupt; money must be made; health will break down. Further, accentuating all these difficulties and making them harder to bear is the world’s notorious indifference. It does not ask people to write poems and novels and histories; it does not need them. It does not care whether Flaubert finds the right word or whether Carlyle scrupulously verifies this or that fact. Naturally, it will not pay for what it does not want. And so the writer, Keats, Flaubert, Carlyle, suffers, especially in the creative years of youth, every form of distraction and discouragement. A curse, a cry of agony, rises from those books of analysis and confession. ‘Mighty poets in their misery dead’–that is the burden of their song. If anything comes through in spite of all this, it is a miracle, and probably no book is born entire and uncrippled as it was conceived.

But for women, I thought, looking at the empty shelves, these difficulties were infinitely more formidable. In the first place, to have a room of her own, let alone a quiet room or a sound-proof room, was out of the question, unless her parents were exceptionally rich or very noble, even up to the beginning of the nineteenth century. Since her pin money, which depended on the goodwill of her father, was only enough to keep her clothed, she was debarred from such alleviations as came even to Keats or Tennyson or Carlyle, all poor men, from a walking tour, a little journey to France, from the separate lodging which, even if it were miserable enough, sheltered them from the claims and tyrannies of their families. Such material difficulties were formidable; but much worse were the immaterial. The indifference of the world which Keats and Flaubert and other men of genius have found so hard to bear was in her case not indifference but hostility. The world did not say to her as it said to them, Write if you choose; it makes no difference to me. The world said with a guffaw, Write? What’s the good of your writing?

Money dignifies what is frivolous if unpaid for.

For masterpieces are not single and solitary births; they are the outcome of many years of thinking in common, of thinking by the body of the people, so that the experience of the mass is behind the single voice.

If a woman wrote, she would have to write in the common sitting-room. And, as Miss Nightingale was so vehemently to complain,–“women never have an half hour…that they can call their own”–she was always interrupted. Still it would be easier to write prose and fiction there than to write poetry or a play. Less concentration is required. Jane Austen wrote like that to the end of her days. ‘How she was able to effect all this’, her nephew writes in his Memoir, ‘is surprising, for she had no separate study to repair to, and most of the work must have been done in the general sitting-room, subject to all kinds of casual interruptions. She was careful that her occupation should not be suspected by servants or visitors or any persons beyond her own family party.

Nobody could put the point more plainly. ‘The poor poet has not in these days, nor has had for two hundred years, a dog’s chance…a poor child in England has little more hope than had the son of an Athenian slave to be emancipated into that intellectual freedom of which great writings are born.’ That is it. Intellectual freedom depends upon material things. Poetry depends upon intellectual freedom. And women have always been poor, not for two hundred years merely, but from the beginning of time. Women have had less intellectual freedom than the sons of Athenian slaves. Women, then, have not had a dog’s chance of writing poetry. That is why I have laid so much stress on money and a room of one’s own. However, thanks to the toils of those obscure women in the past, of whom I wish we knew more, thanks, curiously enough to two wars, the Crimean which let Florence Nightingale out of her drawing-room, and the European War which opened the doors to the average woman some sixty years later, these evils are in the way to be bettered. Otherwise you would not be here tonight, and your chance of earning five hundred pounds a year, precarious as I am afraid that it still is, would be minute in the extreme.

Therefore I would ask you to write all kinds of books, hesitating at no subject however trivial or however vast. By hook or by crook, I hope that you will possess yourselves of money enough to travel and to idle, to contemplate the future or the past of the world, to dream over books and loiter at street corners and let the line of thought dip deep into the stream.